A Huge Victory for Religious Freedom

thanks to the beauty of the US Constitution 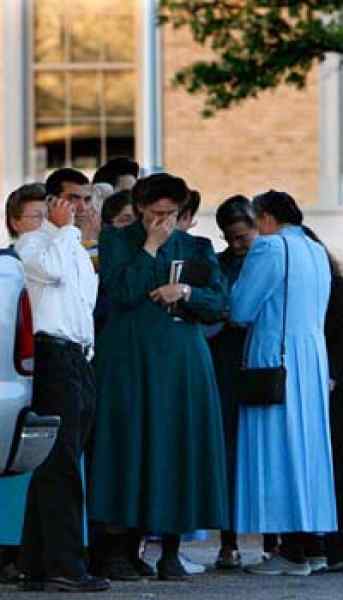 We’re sure you heard what the media was saying about the Fundamentalist Mormon group in Texas, USA for the last 2 months. The bigger news recently arrived, though.

An appeal court has ruled that US officials had no right to seize the 463 children from this polygamist group in western Texas last month. The appeal court ruled that that the reasons given for the children's removal were "legally and factually insufficient". Moreover, the panel said “The existence of the FLDS belief system as described by the department's witnesses, by itself, does not put children of FLDS parents in physical danger.”

The fact that this could have even happened in the US, whose Constitution guarantees religious freedom, shows that religious freedom is continuously under attack everywhere. The US Courts are in place to uphold those freedoms but the governments of many other countries do not – even many of those countries who loudly profess freedom.

When this news item hit a few days ago, Rael pointed out:

“This is wonderful. The beauty of the US Constitution is once more seen. Unfortunately, I am quite sure that in countries like France, Belgium, Quebec and Switzerland where religious minorities are persecuted, this great legal victory for religious freedom will not be reported as big front page news by the same media that reported the terrible lies to begin with – lies about this religious minority which caused the illegal removal of children simply by calling it a dangerous cult and other defamatory rumors and articles. These media were happy to print the lies and will be much quieter about the truth. I also hope this LDS organization will be able to sue all these media for libeling their group.”

As Raelians, we work incessantly for human rights and freedom around the world. We ourselves know this type of slander from media who know they make more money if they spread fear and lies. Fear is big, big business and the media know how to cash in on it. Thanks to irresponsible media, many lies are started and spread about minorities. The unfortunate fact is that many minorities are discriminated against in Europe. The French government even went so far as to create a list of more than 170 “dangerous cults”. These include anything other than “The Big 4”. This is not freedom at all, it’s conformity.

So how do rumors get started? We believe that it is intolerance. In the case of the FLDS group, it all started in late March with several anonymous phone calls, one in particular from a female voice claiming to be 16 and that she was pregnant and abused by a much older husband. We have to ask ourselves something. Is it possible that someone who does not agree with the FLDS beliefs made a false anonymous call in order to cause them so much trouble? Not only is it possible, it seems likely at this point since it’s now discovered that at least one of the telephones used to report abuse has been traced to a Colorado woman who is now being investigated.

So we can see that it's very possible that a rumor from someone intolerant of others’ beliefs caused this whole sad mess. How would any of us feel if a neighbor called the authorities on us because they deemed us unfit to raise a child because we’re not the same religion as they are? Of course if there is anything illegal or something which is against the right of a child, who is also a human being, this should be investigated immediately. But it should be investigated with no prejudice as was done in this case.

We believe that a huge step toward freedom and human rights everywhere would be for journalists to be held responsible for every word they print. You may even remember the journalists in Africa a couple of years ago who were imprisoned for printing things which incited hatred and which eventually turned into horrible violence and so many tragic deaths. If we are honest, however, the same thing happens 10,000 times a day all over the world every time a journalist writes something without checking to see if it is true. Every lie or every half-truth is another brick in the wall of hate and intolerance. This can be difficult to check the facts! But it is the journalists’ responsibility! That is what they signed up for! It’s not good enough to just say “Mr. X said bla bla bla about so and so.” This is not reporting nearly as much as it is spreading rumors. If they don’t know the truth, they should just say it. The way the media operates now, it spreads fear and intolerance which diminish human rights one lie at a time, and, far too often this leads to violence.