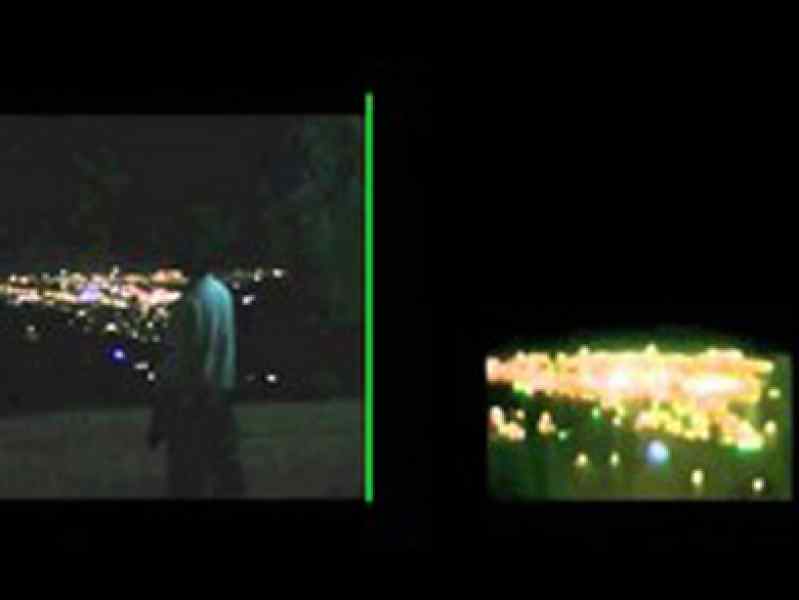 On January 28, 2011 at 1 AM, according to several witnesses who shot videos of the event, a UFO orb appeared over the Mount Zion and the Dome of the Rock-Temple Mount in Jerusalem.
These witnesses declared that they noticed the large oval shaped UFO suspended on the night skyline. At some point the UFO descends almost to ground level directly over the Dome of the Rock-Temple Mount, hovers there for a short while, flashes lights into surrounding buildings then shoots upwards at an incredible speed.
“It is fortunate that these witnesses captured this UFO sighting so that the Israeli public can be more aware of the presence of these extraterrestrials in their sky” declared Leon Mellul, leader of the Raelian Movement of Israel. “But more than any other people in the world, the Jews shouldn't need any sighting to remind them of their presence since these extraterrestrials have been with us since the beginning of our existence. They are the Elohim of the Bible, they are the scientists who came to Earth, thought that the light was good and created all forms of life including us in their image”.
The Raelian scriptures give a clear account on how the team of scientists that was located in Israel a long time ago created the Jew people and helped them for generations. “The UFO that was over Jerusalem two days ago fits perfectly with all the descriptions of the 'glory' of Elohim” explains Leon Mellul. “But what is more important is the reason why they appear now. 37 years ago, our Creators, the Elohim, sent their last messenger, Rael, to inform the peoples of Earth of their desire to meet us again as we have reached a level of scientific knowledge that allows us to understand that they are no gods. They asked Rael to build an embassy in Jerusalem. For 6 consecutive times, Israel has refused the authorization to build the embassy and now other countries are about to accept our request. But our Creators still want to come back to Jerusalem where the love story with their creations started. This UFO sighting is much more than just a light in the sky, it is a reminder to the Jew people that their Creators are waiting for them to finally stop fighting and instead focus on their original mission, to welcome Elohim in the third temple.”

To see more about the message from our creators go to www.rael.org. To read the last message of Yahwe to the Jew people in April 2009, go to : http://raelianews.org/news.php?item.373