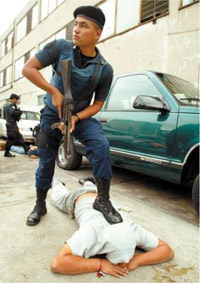 A report just released shows exactly what the Prophet Rael has been saying for 30+ years regarding the illegal drug use. In the U.K. alone, billions of pounds (more than twice as many US dollars) spent on attempts to reduce the availability of drugs on the streets and there is no evidence it is having much impact at all. This report goes into great detail illustrating the reality of the situation and argued that the UK should try a radically different approach to tackling the huge problem. Others even suggested taking steps to legalize all drugs.

The Prophet Rael once again reminds us “Of course drug use should be legalized everywhere. Criminalization just fills the prisons with people whose only crime is to be unhappy with their life and are trying to forget it - using drugs as they could do with alcohol. The money wasted in the "war on drugs" and prison maintenance, plus the loss for the economy and social problems created by criminalization would be much better if used for prevention, and promotion of happiness through new spiritualities and meditation. Treating the cause instead of the symptoms will always be more effective.”

This news item is from Raelianews
http://raelnews.org/war-on-drugs-completely-ineffective.html