Comments of the Prophet Rael 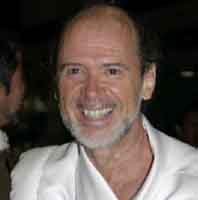 Comments of the Prophet Rael:
In recent weeks there has been a lot of media coverage of at least a dozen sexy, young, female American teachers that were arrested and prosecuted for "rape" for having sex with their 13 to 15 year old male students. It would be arguable to accuse a 21 year old 100 pound tiny and sexy female teacher of "raping" a 120 pound muscularly trained 15 year old boy...but that's the terms of the law... even if nobody can understand how a boy can be raped by a woman if he has no sexual erection.
But that's not what is shocking. What is totally revolting, and should be especially for feminist activists who are surprisingly silent about it, is that many liberal commentators including Bill Maher are saying : " if a 35 year old man teacher has sexual relationship with a 15 year old girl that deserves a harsh punishment but if it's a female 35 year old teacher with a 15 year old boy justice should be more lenient as they are almost helping the sexual development of the teenagers boys, and as we all dreamt about this kind of experience when we were this age". And they add that "having sex with a 35 year old man would be psychologically damaging for a 15 year old girl but very educational for a 15 year old boy" .

That's a totally disrespectful sexist comment and analysis and I am very surprised that no feminist activist protested against it.
It is scientifically proven that girls reach puberty at a much younger age than boys. According to some scientific research an average of age 12 for girls and age 14 for boys. That's purely physical. Now do these neo-sexists pretend that the girls are less mature emotionally ? Here again scientific data proves that it's precisely the opposite as girls at 12 are usually as mature as 16 year old boys, according to some studies. Are they
then assuming that girls are less intelligent than boys at this age?
Wrong again, all data proves that at the same age teenage girls perform better in IQ tests than boys... So what is it all about, if not pure sexism and macho judgments looking down at girls ? Why would a young 15 year old woman be less able to make choice about her way to discover sexuality than a boy the same age ? In fact, all these macho pseudo liberals want is to keep the women as passive subjects gently waiting to be adults to make their sexual choices while young boys are entitled to be active younger. This is pure machism and should be protested and denounced by all feminists who are supposed to be militant for equal treatment of men and women under any circumstances. If it is wrong when the teacher is a man, it is also wrong when it's a woman and reciprocally and if it's acceptable it's also acceptable both ways.