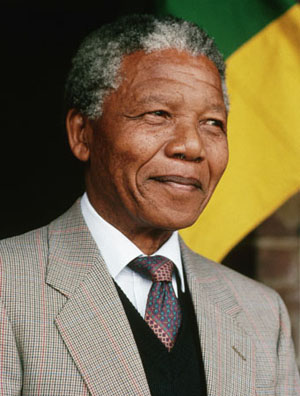 No, it’s not a typo. The great Nelson Mandela, who has dedicated every moment of his life to equality and justice, has been on the United States’ list of terrorists. Senior members of his African National Congress (ANC) were also removed.

Rael commented: “if a man like Nelson Mandela is on the US terrorist list, you can imagine what other fantastic and exemplary human beings can be on such a list... If Jesus was alive today he would be on such a list as well as Gandhi and Buddha...The USA should be ashamed! And there are certainly no Israeli government officials who are ordering political assassinations or killing of Palestinian civilians who are on such a list. Can you say “double standard?”

Mandela was freed in 1990 after being imprisoned for 27 years for trying to end the South African Apartheid and turns 90 very soon. Happy birthday, Mr. Mandela! And congratulations for a wonderful life dedicated to the betterment of humanity. :-)