A victory against Art Censorship 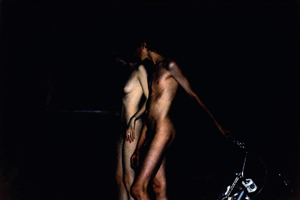 Bill Henson is an acclaimed photographer in Australia with an amazing portfolio. This week, Australian police dropped an obscenity investigation against him which involved portraits of nude adolescents at his exhibit at an Australian art gallery. As you can imagine, this ignited a debate on censorship. Dropping the investigation opened the way for the exhibit to open after an initial delay.

Rael said “This is a great victory for freedom. If showing naked children was forbidden, then all angels and cherubs would have to be removed from churches, including in the Vatican, and all old photos of naked babies too from every parent’s wallet or wall. Nudity is beautiful and should never be viewed with a pedophile mindset, which itself is a terrible mental sickness as recently confirmed by scientific study. Nudity should be promoted - not only for children and teenagers - but also for adults of all ages as it is the most beautiful show of art there is. Those against it are the ones who are mentally disturbed and sexually obsessed by their Judeo Christian and especially Catholic education. I hope all Australian Raelians (and non Raelians!) will visit this show and express their support to this artist”.

You are the Elohim’s masterpiece. They created each of us, as it says literally in the Bible “in their image”. To consider nudity vulgar is to consider the Creators vulgar. :-(